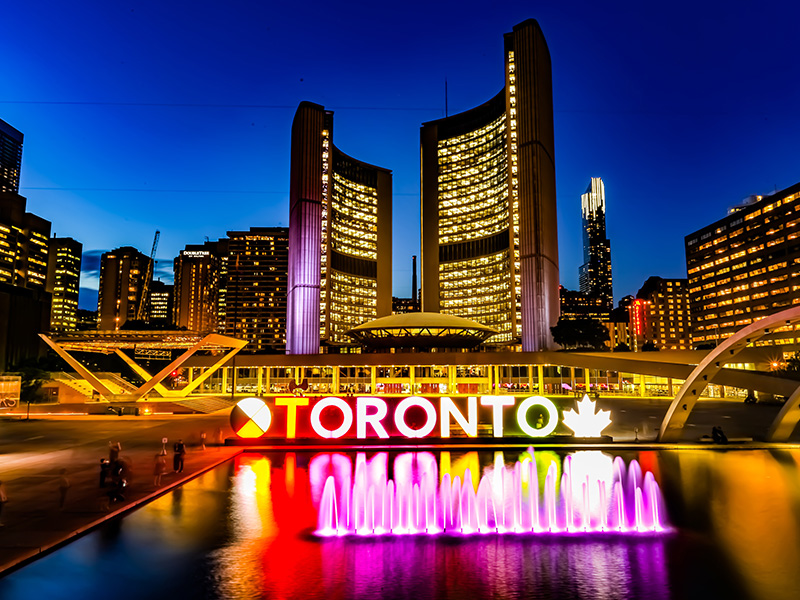 This is the recently released report of the Toronto Regional Real Estate Board concerning the December 2020 results:

“January 6, 2021 – Despite an unprecedented year due to COVID-19, including necessary public health restrictions and uncertainty surrounding the economy, Greater Toronto Area REALTORS® reported over 95,000 home sales in 2020 – the third-best result on record. The average selling price reached a new record of almost $930,000.

“The Greater Toronto Area housing market followed an unfamiliar path in 2020. Following the steep COVID-induced drop-off in demand during the spring, home sales roared back to record levels throughout the summer and fall. A strong economic rebound in many sectors of the economy, ultra-low borrowing costs and the enhanced use of technology for virtual open houses and showings fuelled and sustained the housing market recovery,”

• The average selling price reached a new record of $929,699 – up by 13.5 per cent compared to 2019. This included an average price of $932,222 in December – a year-over-year increase of 11.2 per cent. The strongest average price growth was experienced for single-family home types in the suburban regions of the GTA.

• After a pronounced dip in market activity between mid-March and the end of May, market conditions improved dramatically in the second half of the year, with multiple consecutive months of record sales and average selling prices.

“While the housing market as a whole recovered strongly in 2020, there was a dichotomy between the single-family market segments and the condominium apartment segment. The supply of single-family homes remained constrained resulting in strong competition between buyers and double-digit price increases. In contrast, growth in condo listings far-outstripped growth in sales. Increased choice for condo buyers ultimately led to more bargaining power and a year-over-year dip in average condo selling prices during the last few months of the year,”

Here are the average sale prices as reported by TRREB for single family homes of all types in the GTA, including houses, townhouses and apartments starting at the beginning of 2018 until now:

For those following these numbers on a monthly basis, please note that some of the recent sales numbers in 2020 have had to be restated. A few transactions may have fallen through and not closed as originally scheduled. Consequently, TRREB deletes them and re-enters them in the proper month. That will throw the average prices off by a few hundred dollars if you are looking back at previous monthly reports for consistency. Changes are more likely for the most recent months.

What usually happens each year? The market starts off in January, rises in February, gains momentum in March and April and reaches its peak for the year in May. The market declines in June, declines in July and then bottoms out in August. In September, it reverses itself and rises once again, and in October, it reaches its second peak for the year. In November, the market declines, as it does again in December, and the cycle repeats itself the following year.

This year the cycle was thrown off due to the COVID-19 pandemic and the consequent global recession. Unpredictably, the market simply gained momentum month after month until it reached a peak in October. It then fell in November, which is quite predictable. It declined further in December, which was expected.

The real estate industry introduced new precautionary measures and protocols to deal with the spread of Covid-19, which have been widely accepted. Open Houses are presently discontinued, but actual onsite attendances and viewings can still be arranged.

Let’s undertake an analysis with respect to the rates of return achieved over the last several years. The purpose of this calculation is to smooth out the returns over a longer time period to produce more accurate results. This avoids the rise and fall in a month or two and notably the reference to the exact same month a year ago.

You will notice that TRREB refers back 12 full months for comparison purposes. The results should always look reasonably good, because after all, that was a year ago. As you go forward, there should always be good news to report. On the other hand, you would clearly see the ups and downs of the market if you looked at the monthly results. Presently, we have just seen the numbers drop significantly for two months in a row. If real estate were a stock on the stock market, wouldn’t you want to know “what’s happening now”, rather than what was the price a year ago?

The market has declined substantially a few times. Within the last three decades, there are three examples: 1990, 2008 and 2017. The first two are largely historical now.

So, what’s the percentage rate of increase to December?

The most accurate number here is the 6.90 % annual increase from the beginning of 2017. It’s the longest time period, and is therefore the most steady and accurate. Historically, over one thousand years of history we have seen increases of over 5% per annum. So, this is certainly not new! This is a fairly consistent pattern.

It does speak to the decision for those who faced closing in 2017 after paying the high prices. They have now broken even, while those who failed to complete have suffered substantial losses, with no property at all to show for it. The message is clear: if you can close, do so, and hold on, because at some point the market will reward you.

As for TRREB, they want to undertake a comparison to December of 2019. That’s specifically, those particular 12 months. My comparison was to the commencement of several different calendar years.

The numbers to avoid are the very short term numbers. So, that would be what’s happening right now in 2021.

You will notice that there were more transactions in 2019 compared with 2018.This trend put the pressure on prices. Buyers obviously chose to enter the market rather than continue to sit on the sidelines. In 2020, the market continued at a faster pace, but stopped rather abruptly in the last half of March and April due to Covid-19. Activity in the market resumed in July and that has continued throughout December.

The prices in real estate are governed by supply and demand just like everything else. The buyers have returned and relatively speaking the inventory has not. Artificially, this provides “price support”. Sellers continue to support the market by listing their homes. The number of new listings in December 2020 (7,180) actually exceeded those in December of 2019 (4,384). Increased inventory will obviously have a negative effect on prices. A factor to take into consideration would be specific categories. For example, there are many new listings for condominium apartments in downtown Toronto. This is due in part to the rental market and the virtual shutdown of Air B&B facilities.

The Federal Government and the Provincial Government have provided funds to those who can’t work due to Covid, assisted commercial tenants paying rent, eliminated evictions and lowered interest rates.

We have yet to see a decline in the commercial or residential markets due to the global economic crisis as had been predicted. It may simply be due to the difficulties with the legal system and government intervention. However, the impact is inevitable, we are simply deferring it to sometime into the future. We might see the market become “stale” for a considerable period of time.

We should soon see evidence of the commercial impact. Numerous restaurants have now closed, as have other some retailers. The Province implemented a shutdown due to the second wave. Those restrictions which were to have lightened up have actually been extended.

Commercial, numerous leases came up for renewal as of January 1st.

With many office workers working from home, there is no need to attend at the downtown office towers. Zoom is available for meetings and it takes a long time to wait for an elevator in the lobby. We may see quite a few commercial office tenants rethink the amount of space they require.

When we are talking about office space, it was expensive, and employees occupied close quarters. Now, a company would require substantially more space. That being the case, it might be wise to rethink the entire office setup. Perhaps the suburbs would work? Perhaps ground floor would work, eliminating elevators, or perhaps one floor up (at most)!

We are now into the 11th month of our emergency crisis on account of the COVID-19 pandemic.

Some market trends that we have been seeing:

It’s impossible to predict the future, but we can certainly observe the current trends in the marketplace to give us some guidance.

There is some positive news: