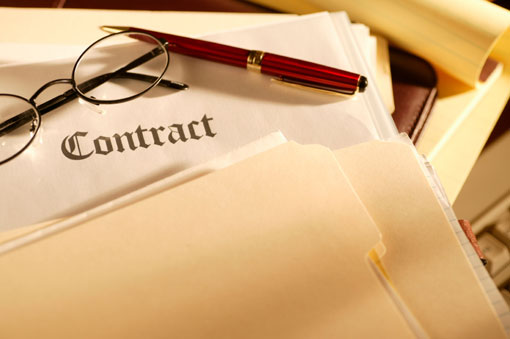 The answer is “no”, but a lot of people don’t believe it.

Let’s assume that Bob puts in an Offer to buy Bill’s property. The offer is accepted and contains some conditions, including financing and home inspection.

The agreement is struck Tuesday and the conditions expire on Friday. However, Friday comes and goes and nothing happens.

The agreement contains a provision to the effect that the agreement becomes “null and void” if the conditions are not satisfied, fulfilled or waived.

Now, the bank calls Bob the following Monday and tells him they will finance the deal. Bob once again wants to buy Bill’s property and requests his agent to prepare the documents.

Tom, the agent can prepare and entirely new Offer on Monday, and that would be fine.

However, Tom decides to take a shortcut. He prepares an Amendment to the old agreement that was accepted last Tuesday. He extends the time for the home inspection until Thursday and deletes the financing condition. Bill accepts the Offer. On Thursday, Bob waives the home inspection intending to firm up the deal.

2) Is this the right way to do things?

3) Was the old agreement revived?

4) Is there any kind of enforceable agreement?

The simple response is “no”. The first agreement on Tuesday expired on Friday. It can’t be “revived”. That’s the end of it. The correct procedure is an entirely new Offer.

However, let’s look a little further at that fourth question. Is there an enforceable agreement between the parties? And, here’s where it gets “murky”; there might be.

In order for a Court to establish that the second document validly creates legal obligations between the parties, the Court must conclude that the document, in effect, was a new or second agreement. It would be entirely independent of the first previously expired agreement. That Tuesday agreement expired on Friday. This is an entirely new agreement struck on the following Monday between the parties reusing some of the old paperwork. You can appreciate that this is certainly a sloppy way of doing things.

The Court would have to analyze the documentation as follows:

1)     Bob and Bill intended to create a contract with legal obligations,

2)     The term “amendment” to the Tuesday agreement was a misnomer,

3)     The term “agreement” should be substituted for the term “amendment”,

4)     The Tuesday agreement, expired on Friday,

5)     The Tuesday agreement cannot be revived,

6)     The new documents created a new and independent agreement, namely the Monday agreement,

7)     Bob and Bill are obligated to each other by reason of the Monday Agreement, misnamed an “Amendment to the Tuesday Agreement”.

So, everyone should be happy about this, except for Tom. He failed to comply with the provisions of the Real Estate and Business Brokers Act 2002, and although the end result worked out, both Bob and Bill should have known their rights at the outset without having to resort to the Courts.

For Tom, there is a disciplinary issue with the Real Estate Council of Ontario. This casual approach created uncertainty for the parties.

When it comes to litigation, neither Bob nor Bill are likely to sue unless one of them wants out of the deal. In that regard, Tom provided them with a splendid opportunity with his sloppy paperwork.

It is important to ensure that the appropriate forms, agreements and amendments are used in the transaction. If necessary, consult a lawyer or solicitor practising in the real estate field in Ontario.